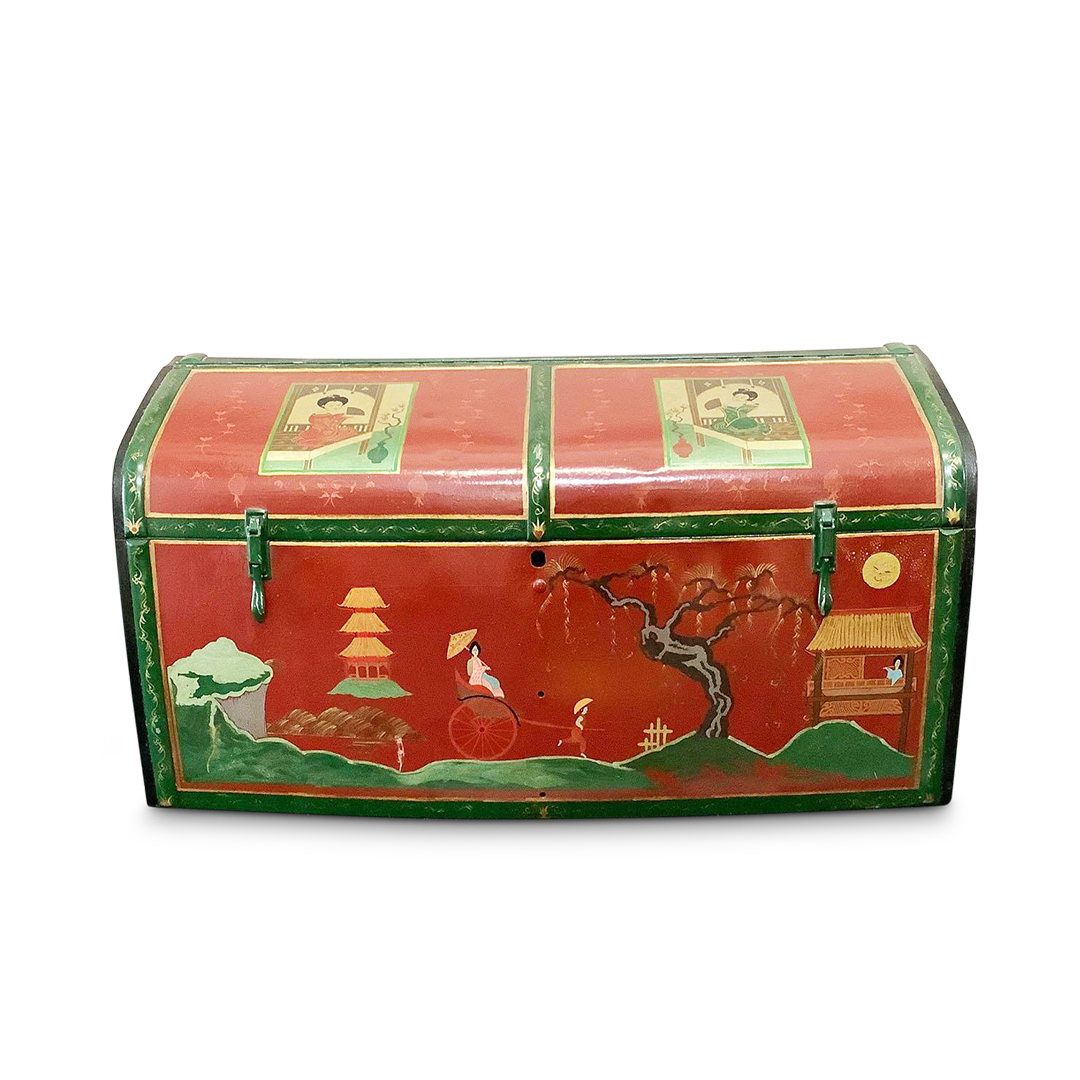 The metal trunk with 20th century lacquer work by Damien McKenna, originally taken from a depression era Chrysler seized by US government, complete with provenance, 97x48x34cm 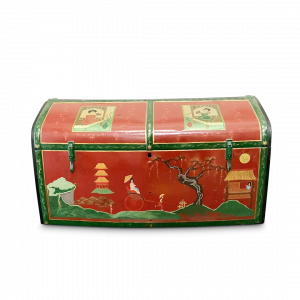 David explains “In the late 1930s a farmer in county Wicklow had no form of transport, his brother was in the Chicago police department in America. During the 1930s the farmers brother is involved in a shoot out with a lot of gangsters, one of whom is killed, after the shoot out the US authorities seized the assets of the gangster, which included his car, a 1932 Chrysler.” 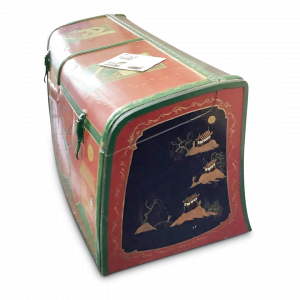 “…The US authorities tried to sell the car, but because of bullet holes from the shoot out no one would buy it. The car stayed in storage until the late 1930s when the brother in the Chicago police had the idea to ship the car to his brother, the farmer, in Ireland so that he could have a form of transport over in Ireland.” 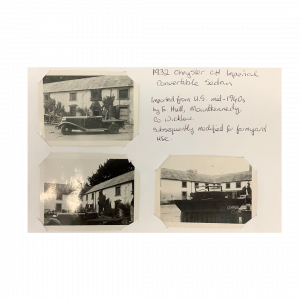 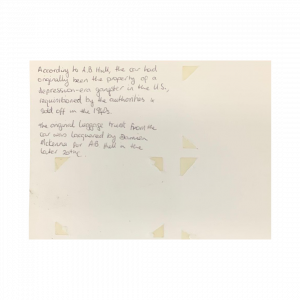 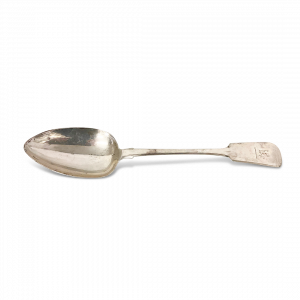 David explains that “…A basting spoon was used in the kitchens years ago and it was used to pour grease over the roast whilst it was turning on the spit. 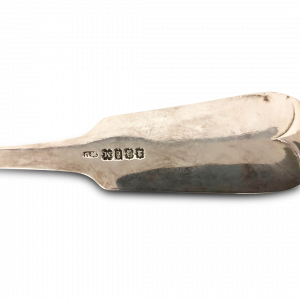 The job of pouring the grease over the roast was commonly a 9 or 10-year-old maids job.”

From Cork To The Clinton’s – The Rise of John Kingerlee

Kingerlee is considered to be one of Ireland's leading contemporary artists, he is well regarded…

The Regal Seat At The Top Of Irish Sculpture